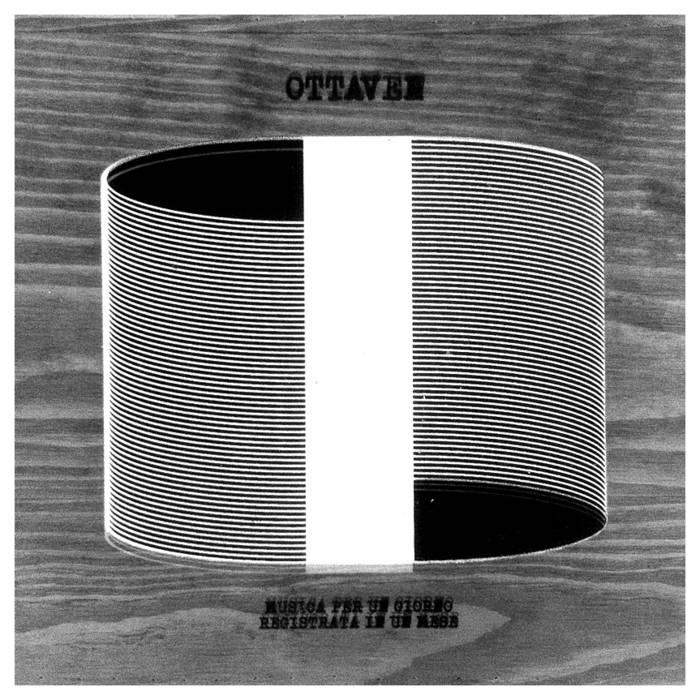 released on Second Sleep in edition of 30 copies
www.secondsleep.org

"Our lifes are often strictly connected with the time. The random swarming into ourself and around us creates interruptions. Life is cutted in a chronology of events. Musica per un giorno registrata in un mese is the 3rd chapter of my project about the Time. The idea started at the beginning of the 90's when the mp3 format appeared and started to spread around. From one day to the next a simple cd could carry lots of music, so much more than before. I was thinking about 7"s, Lps or tapes. In those typical formats we were all commonly using there was a specific and fisically limited lenght of time, hard to force and maybe better not to strecht. I felt that somehow with the mp3 format the time for music, the lenght of music in general, could start to change or at least to evolve. Listen to a 24 hour piece - even if it's an unnatural idea, artefact with the real needs of our lifetime - it was now possible, all in one easy format. We jumped into the digital audio era. The format influences the music itself. A 7" is not a proper support for a 30 minutes set, or what about a c-90 with just a 10 minutes pieces on one side? What's happening in all the other tape time? Crackling silence? Or can you image a big Lp, a very big one: 12 hours long side A and 12 hours long side B? The digital audio era gives us lots of new possibilities. I'm sure there is a physical difference between an analogic listenig and a digital one. We probably feel the gap in a very deep area of our body, something not easy to explain, but there is a sort of cold pellicle over a sound coming out from a computer.. Time. I need time to explain. I need time to think and reflect. I need time to listen, with or without interruptions. I had just one month to record a 24 hours piece, a serie of my life pieces or audio events. It became an exercice: go back home to record, recording in the train, recording walking, everywhere, listenig or recording. From january 4th to february 4th i thought - as much as i could in relation with my regular life - about those 24 hours. 24 hours is one day. How long it will take me to listen to this record? is Time flexible? See you later.."

Bandcamp Daily  your guide to the world of Bandcamp